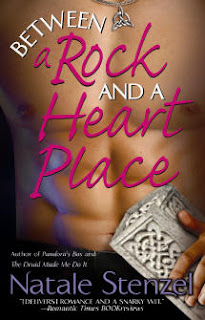 Find it on Amazon

Daphne Forbes always knew the world was an odd place. Unlike most CPAs, she grew up the daughter of a druid. Unlike her father, she eschewed the supernatural. But magic was coming to trip her up. In the form of an enchanted cornerstone, it was set to knock Daphne's socks off—or at least one of her shoes—and the rest of her clothes were soon to follow.

Magic filled Daphne, empowered her, shifted her shape and raged wild as a summer storm. Enter Tremayne. Whether the tormented newcomer was truly her guardian or something more sinister, one thing he wanted was clear. Daphne wanted him, too. She had spent her whole life with control but little power; this was just the opposite. She was suddenly between a magic stone and…someplace harder. And we're not (just) talking about Tremayne's abs.

"Hilarious tale of love and magic that is so very entertaining that I couldn't put the book down until it was finished." --Fresh Fiction
Click to Read an Excerpt 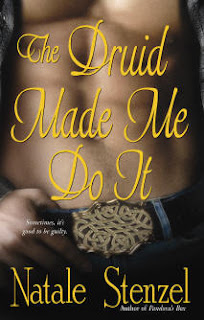 Find it on Amazon


Dark, powerful, sexy Kane. He has many names, but in truth he is Robin Goodfellow, the one-time favored son of Oberon, King of Faerie. For centuries, he's worked his magic, seducing and pleasuring women as befits his puca nature. But Kane made one big mistake -- punishing his brother for a crime he did not commit.

Oh yeah, he also left Dr. Janelle Corrington after the most amazing night of her life. Their lovemaking was brief, intense . . . and a one-night stand. While she'd established what she thought was a soul connection that could occur only once in any lifetime, he was simply having sex. Why else would he have disappeared without a word? That's why the Druid Council's punishment for Kane's other crime is so delicious: for him to be Janelle's ward, to make amends to all he harmed, to take responsibility for his actions. Finally, Kane would have to take things seriously. And only true love would be rewarded.

"Both light-hearted and serious, this is not your ordinary romance . . . You'll laugh, but you'll also be moved." --Amanda Killgore, Huntress Reviews
Click to Read an Excerpt 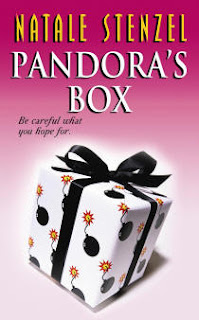 Find it on Amazon
PANDORA'S BOX
By Natale Stenzel

All Pandemina Dorothy Avery ever wanted was to be beautifully, blessedly normal, with a stable career and a love life leading to a white picket fence and a happily-ever-after. That seems impossible now. Penniless and parted from her unfaithful boyfriend, unfairly shunned by her coworkers, not even Mina's recent inheritance can help -- especially not when it amounts to a ten-pound rock box and guardianship of the horny, devious puca she released from inside. His name's Riordan, and he ain't no Harvey.
What's a puca, you ask? A tricky faery-type, whose magic not only includes shape-shifting into a magnificent black stallion and a snarky mutt, but the ability to manipulate human perceptions. And Riordan is hardly shy of manipulations: Wasn't that why he was imprisoned in the first place? He seems set upon making Mina's life harder than ever, whether it be with Jonathon Teague, the handsome contractor who wants to work on more than her house, or Mina's penitent ex-boyfriend. But as Riordan's very existence proves, things are not always what they seem, and what stepped out of that box might be the key to her dreams.
"This paranormal romance casts a spell upon you from page one." --Publisher's Weekly Beyond Her Book Blog
Click to Read an Excerpt

The Druid Made Me Do It

Between a Rock and a Heart Place