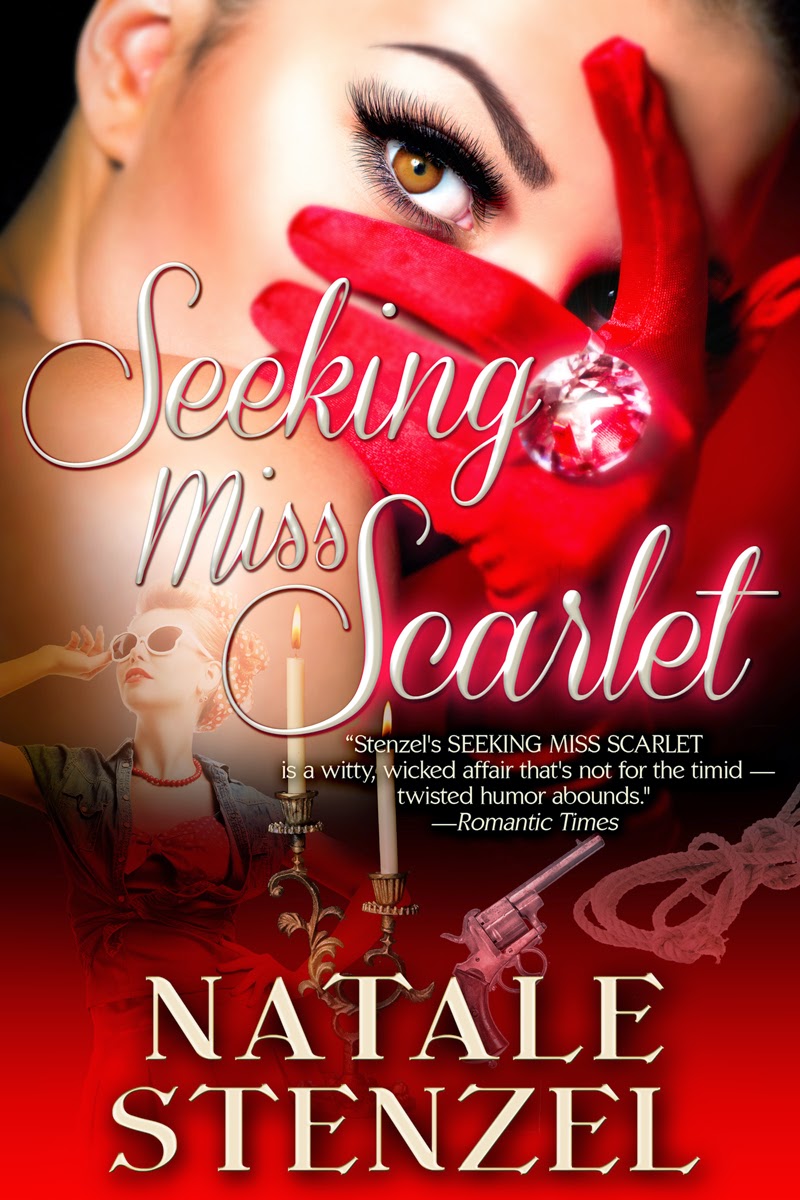 Find it at Amazon
SEEKING MISS SCARLET
By Natale Stenzel﻿


Valerie Longstreet – a good-hearted, entrepreneurial Miss Scarlet – runs a small inn featuring weekly mystery dinners with a humorous cast of employees and regulars. In between shows, she adores teasing her perpetually harassed neighbor, the mysterious Jack Harrison, a retired cop and struggling private investigator. Not only is the man ruggedly sexy, but she’s certain he could add professional cachet to her weekly whodunits, if only he would cooperate. He refuses on principle alone, until honor and a baffling attraction to a lighthearted vamp drag him into a real-life mystery. 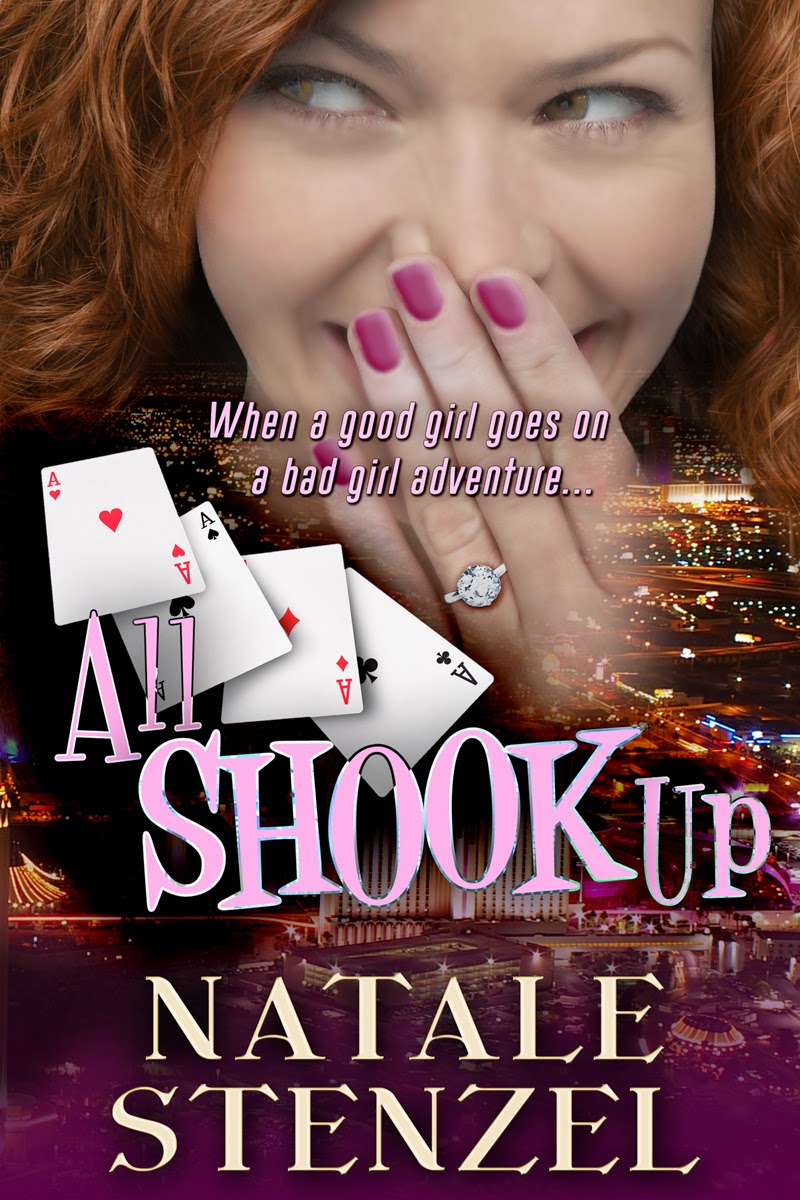 Find it at Amazon
ALL SHOOK UP
By Natale Stenzel

A good girl goes on a bad girl adventure ...

A rational businesswoman who craves adventure, Marley Brentwood flies to Las Vegas to escape a controlling father, a traitorous ex, and a boring life. The next morning, she wakes up naked and alone in her hotel room. There’s a wedding ring on her finger—and she doesn’t have a clue who the groom might be.

Thus begins Marley’s hilarious quest to find the groom she can’t remember and meet the woman she always wanted to be. Along the way, she also discovers love where she least expects it.

". . .a delightfully funny story, full of adventure and romance . . ."--Kelley A. Hartsell, reviewer 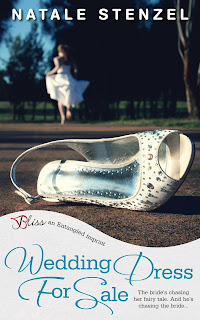 Not even the bride could deny a certain punch-line quality to her current situation: hard-nosed divorce attorney dumps her fiancé and her career to take a job selling wedding gowns.

Sydney Garfield has always approached relationships rationally—none of this emotional head-over-heels or opposites-attract business. Marrying Jack Kaiser is the smart thing to do—after all, he’ll be the “perfect” husband. But after a life-changing shake-up at work, Sydney abandons logic—and her fiancé—to chase the fairy tale.

Real-estate mogul Jack can’t believe the woman he’s head-over-heels for is ditching her hard-won success—and him—to work as a small-town shop clerk. That’s her idea of a fairy tale? Hoping she’s merely in need of time, Jack follows Sydney to Smizer Mill, where he invests in the quaint coffee shop next door. Now, he’s got a few new challenges: make a failing coffee shop a success and convince Sydney that theirs is a romance worthy of a true happily ever after.
Click to Read an Excerpt 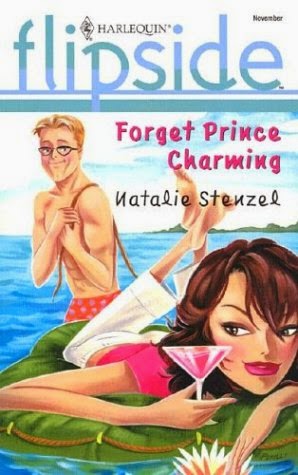 
Harlequin Flipside
November 2003
ISBN: 0-373-44178-9
Haley Watson has kissed one too many Prince Charmings -- those major hunks with major character flaws. She caught her latest ex-hunk warming up for their romantic weekend by having sex with his secretary. So if all princes are jerks, then geeks -- aka frogs -- must actually be a sweet, reliable, overlooked species. Natural habitat: computer stores and libraries.

But just when Haley has a real live geek in her sights, her new neighbor Rick Samuels -- the Anti-Nerd -- starts in with the charm. Haley informs him that she dates only hotties with pocket protectors and thick glasses.
Rick resents Haley's stereotyping and feels it's time to teach Haley rule #1 of the Genus Geekus . . .

Some frogs really are just frogs. And some princes are frogs in disguise.


"Natalie Stenzel's FORGET PRINCE CHARMING is extremely funny, and readers will find Rick as hard to resist as the heroine does."
--Catherine Witmer, Romantic Times

ADDICTED TO LOVE
A Twelve-Step Program for the Obsessively Codependent . . .

The Druid Made Me Do It

Between a Rock and a Heart Place